University of Kragujevac is a modern educational and research center embracing all major areas of teaching and research, presently comprising 12 faculties with over 20.000 students and more than 1.000 academics. The University was established and developed based on the concept of dispersed university, comprising its faculties in six towns of Central Serbia. However, the University managed to turn this into one of its most distinctive advantages, which allows it to use economic and geographical potentials and human resources from the territory, which spreads over an area of 5000 square kilometers and has about 2.5 million citizens. One of the leading principles of the University of Kragujevac is to become a part of the European higher education area and to adjust its plans and programs against this aim, in the context of the reform of higher education system within the EU programmes. University of Kragujevac has been involved in many European projects (Erasmus+, Tempus).

Faculty of Technical Sciences (FTN) Čačak is one of the most prominent faculty-member of the University of Kragujevac. It educates future engineers, teachers and managers, and became first-level scientific and educational institution in the region. 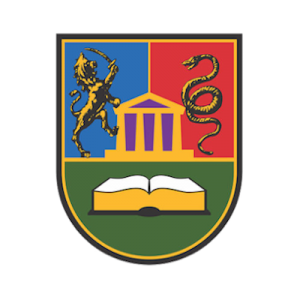 www.kg.ac.rsallvetproject@gmail.com
Jovana Cvijića bbKragujevac34000Republic of Serbia
We use cookies on our website to give you the most relevant experience by remembering your preferences and repeat visits. By clicking “Accept All”, you consent to the use of ALL the cookies. However, you may visit "Cookie Settings" to provide a controlled consent.
Cookie SettingsAccept All
Manage consent

This website uses cookies to improve your experience while you navigate through the website. Out of these cookies, the cookies that are categorized as necessary are stored on your browser as they are essential for the working of basic functionalities of the website. We also use third-party cookies that help us analyze and understand how you use this website. These cookies will be stored in your browser only with your consent. You also have the option to opt-out of these cookies. But opting out of some of these cookies may have an effect on your browsing experience.
Necessary Always Enabled
Necessary cookies are absolutely essential for the website to function properly. This category only includes cookies that ensures basic functionalities and security features of the website. These cookies do not store any personal information.
Non-necessary
Any cookies that may not be particularly necessary for the website to function and is used specifically to collect user personal data via analytics, ads, other embedded contents are termed as non-necessary cookies. It is mandatory to procure user consent prior to running these cookies on your website.
SAVE & ACCEPT